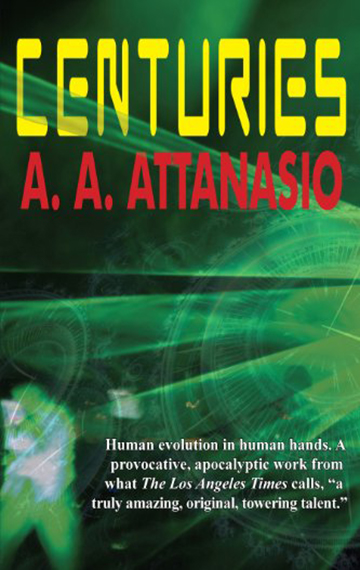 “One of the most magnificently baroque science fiction stylists of his generation, Attanasio writes books that combine robust adventures old as humanity with metaphysical, hallucinogenic mindtrips.”—The Ultimate Encyclopedia of Science Fiction

Another mind-bending science fiction epic from a true visionary, Centuries explores a barely recognizable future where humans control their own evolution. Genetic manipulation and artificial intelligence shape an astounding destiny for our species.

With these wondrous changes come unexpected new truths of heart and mind that challenge the very definition of human—and that threaten not only our existence but the universe itself as our surprising powers—both miraculous and monstrous—evolve through the centuries.