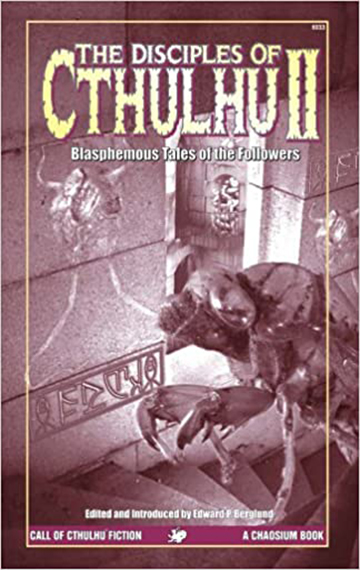 Bad things tend happen to people who go where they are not wanted, or who over-stay their welcome once they reach their destination. This book contains thirteen new personal explorations of the Cthulhu Mythos. As its title suggests, this is a companion volume to Edward P. Berglund’s earlier classic Mythos collection, The Disciples of Cthulhu. Both books are published by Chaosium, but their contents are entirely different. Twelve of the stories in Disciples II are original and have never been published before. All the stories record the dire fates of people whose destinies intertwine with the Mythos.